Women of the World Festival from the Southbank to Karachi! 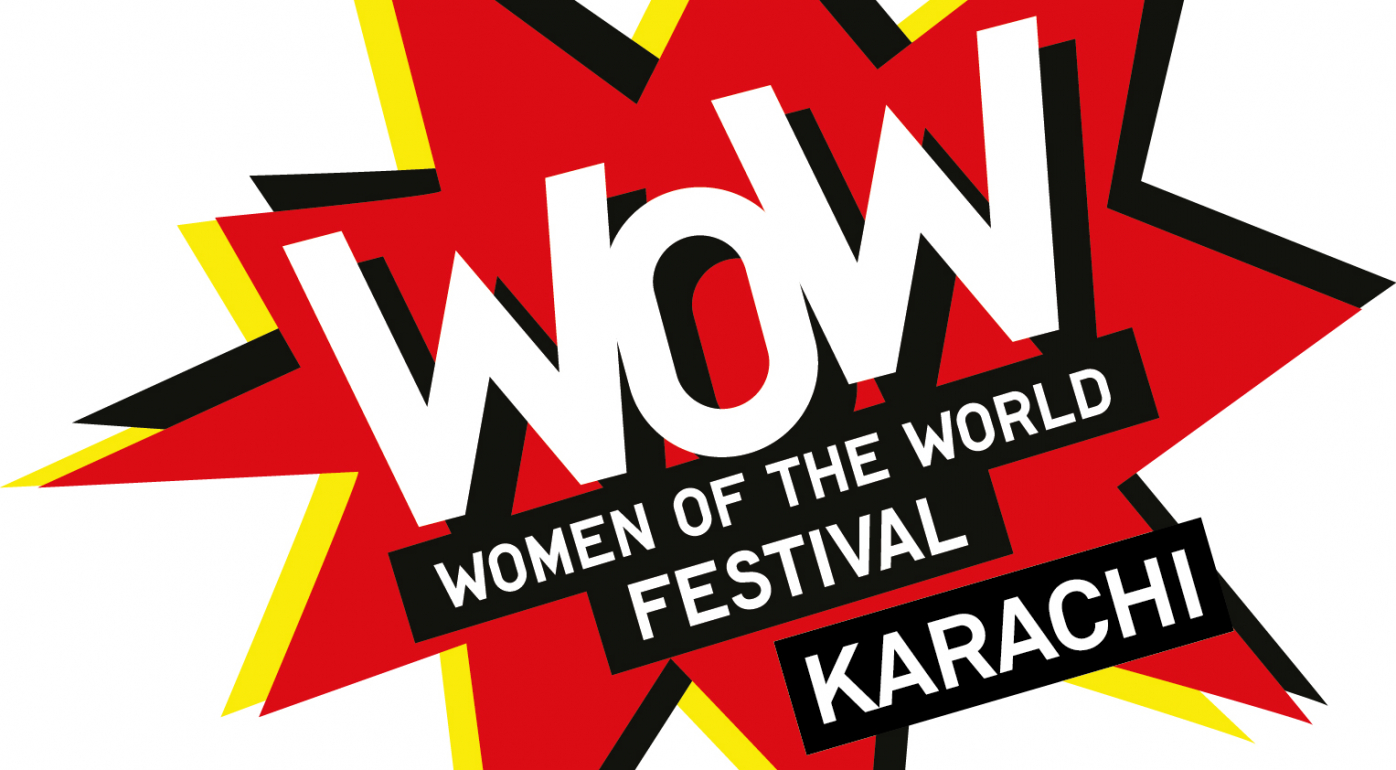 On 1st May 9,000 people made their way to the Beach Luxury Hotel for WOW - Women of the World Festival, Karachi. It was a day of talks, debates, performances and workshops celebrating the achievements of women and girls; a rare opportunity to hear the stories of female artists and activists from Pakistan and beyond sharing their achievements and discussing the obstacles and barriers that prevent women from achieving their potential.

WOW Karachi saw Pakistan leading the way spearheading the first WOW Festival to happen in South Asia. It was produced by the Southbank Centre, the British Council and a team of brilliant curators from Karachi. WOW was founded by Jude Kelly in 2011 to mark the centenary of International Women’s Day at London’s Southbank Centre. Since then it has established itself as a major global festival - taking place every year in London over many days – but also developing an extensive and rapidly growing global network of festivals. So far WOW has taken place in Finland, Australia, Somalia and America to name just a few.

Nimco Ali, a British Somali activist from Bristol who took part in two panels during WOW Karachi, was asked what feminism meant to her. She said it meant "the global sisterhood" and that to her feminism equalled "hope". It was a day of discovering that global experiences faced by women are similar in many ways and that the same conversation is occurring in countries the world over- with individuals and communities asking 'why is gender equality taking so long?' As Jude Kelly, founder of WOW, has said: “As Artistic Director of Southbank Centre and a female leader, WOW directly expresses many of the aspirations, dilemmas and dramatic challenges that I’ve witnessed throughout my life and still see mirrored in the female population across the world.”

The festival was free and open to everyone. At 10.30am the doors to the Beach Luxury opened and almost immediately the space was thronged with people of all ages - men and women, girls and boys - from all corners of society. They were there to listen and take part in the talks, debates, performances, music, speed-mentoring, workshops on volunteering and how to start a business, zumba classes and a feminist corner for the Under 10s to debate and get involved. WOW Karachi was for everyone and it was a festival that aimed to energise and provide inspiration.

The Festival kicked off with Jim Booth, the acting Country Director British Council Pakistan, who spoke about the British Council’s commitment to gender equality. Next Jude Kelly stepped up to outline her ambitions for the Festival: “we are here to make a better world- let’s make it!” She set the tone for the energising and constructive discussions that would follow.

The Festival showed that female voices have become powerful as a force for positive change. Parliamentarian Nafisa Shah, who used to be a journalist, talked about the journey of her mother that had inspired her to be a feminist and the formation of the women’s parliamentary caucus in Pakistan seeking to amplify the presence of women in parliament and to rise above party divides. There were stories of bloggers, artists, entrepreneurs and social activists. The Pakistan female cricket captain, Sana Mir, joined up-and-coming female boxing stars from Lyari, Karachi - and an all girls band who have performed on the music television show Nescafe Basement won over the audience with a closing performance.

The short performance during the "Bite" sessions from transgender actress Naghma Gogi had the entire audience spellbound throughout and in rapturous applause at the end.  And in the same session the renowned classical singer Tina Sani spoke about the importance of practice for any artist and sang a short and unforgettable piece.

From the UK speakers included Jude Kelly, social activist and campaigner Nimco Ali and the humanitarian aid worker Shaista Aziz who also talked about her work as a stand up comic and the importance of comedy. The grounds of the Festival were filled with stalls offering everything from free legal advice, information on groups such as the Desi Writers Lounge, delicious food, and crafts to browse or buy. The Festival generated intense debate and conversation with the #WOWKHI hashtag trending on Twitter for over 4 hours in Karachi!

As the newspaper Dawn said there was a celebratory atmosphere “but beyond the relaxed environment, there was that vital backbone of seriousness underscored through a series of panel discussions on topics of contestation.”

One story that resonated strongly were the words Dr Fatima Haider who lost her eleven-year-old son, and husband to terrorism three years ago. Speaking in Urdu, Haider spoke about the time “after that incident - I felt that I lost my vision and I avoided meeting others” she spoke about the need to reach out to those suffering loss and to help each other to cope and carry on.  Her organisation The Grief Directory is a platform that connects the victims of terror to those who want to volunteer help and advice. It provides a forum where people can share stories and remember loved ones. Haider describes The Grief Directory as a "bridge of compassion". Mukhtar Bibi also told her story. She survived a brutal gang rape in 2002 and after a lengthy and difficult case was eventually awarded compensation. She decided to use the funds to build two local schools for girls and she has gone on to found the Mukhtar Mai Women's Welfare Organization. She continues to work tirelessly to raise the profile of girls and women, and to work against all forms of violence and discrimination against women through advocacy and capacity building.

The WOW Festival reverberated with the stories of the dazzling achievements and contribution of women across Pakistan and indeed around the world. It was made possible by a brilliant group of curators - women and experts from across different fields who came together with the Southbank and the British Council to create the programme- the curators included; Southbank Centre, British Council, and the WOW Karachi Core Committee of thought leaders from Collective for Social Science Research, Department of Visual Studies at Karachi University, Entrepreneurship and Community Development Institute (ECDI), Pakistan Institute of Labour Education and Research (PILER), Salt Arts, and ToffeeTV.

Daisy Leitch is a programme manager on the Literature team at the British Council. 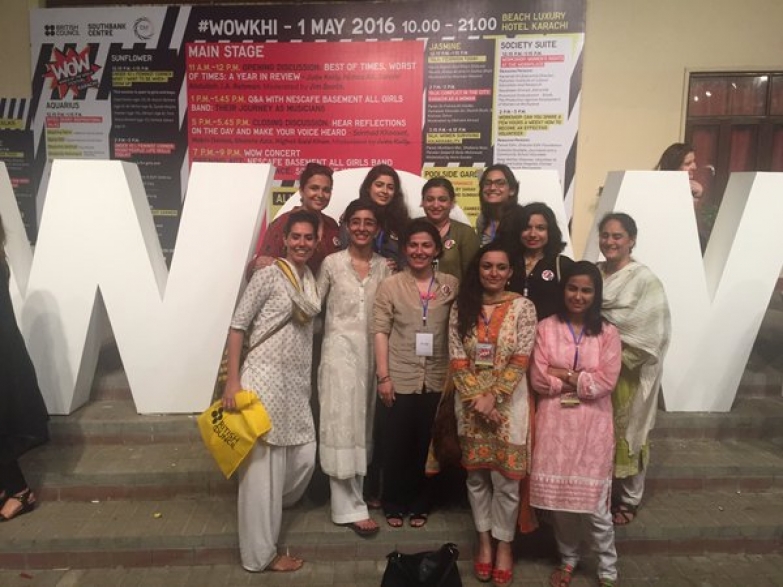 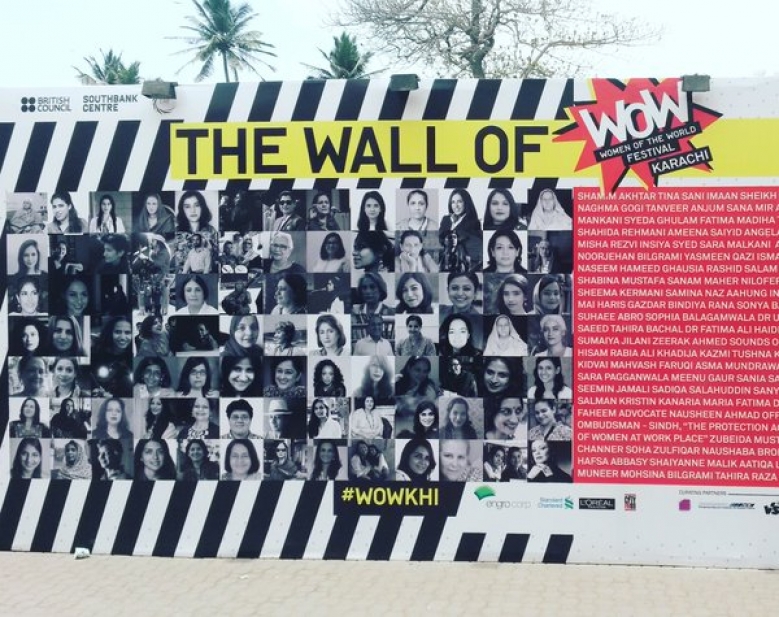