Word of the Day - Translating Hamlet

The first blog from our Shakespeare Lives translation conference in Mexico, where translators have been wrestling with Hamlet's iconic soliloquy. Read on to find out how participants of the workshop got on. 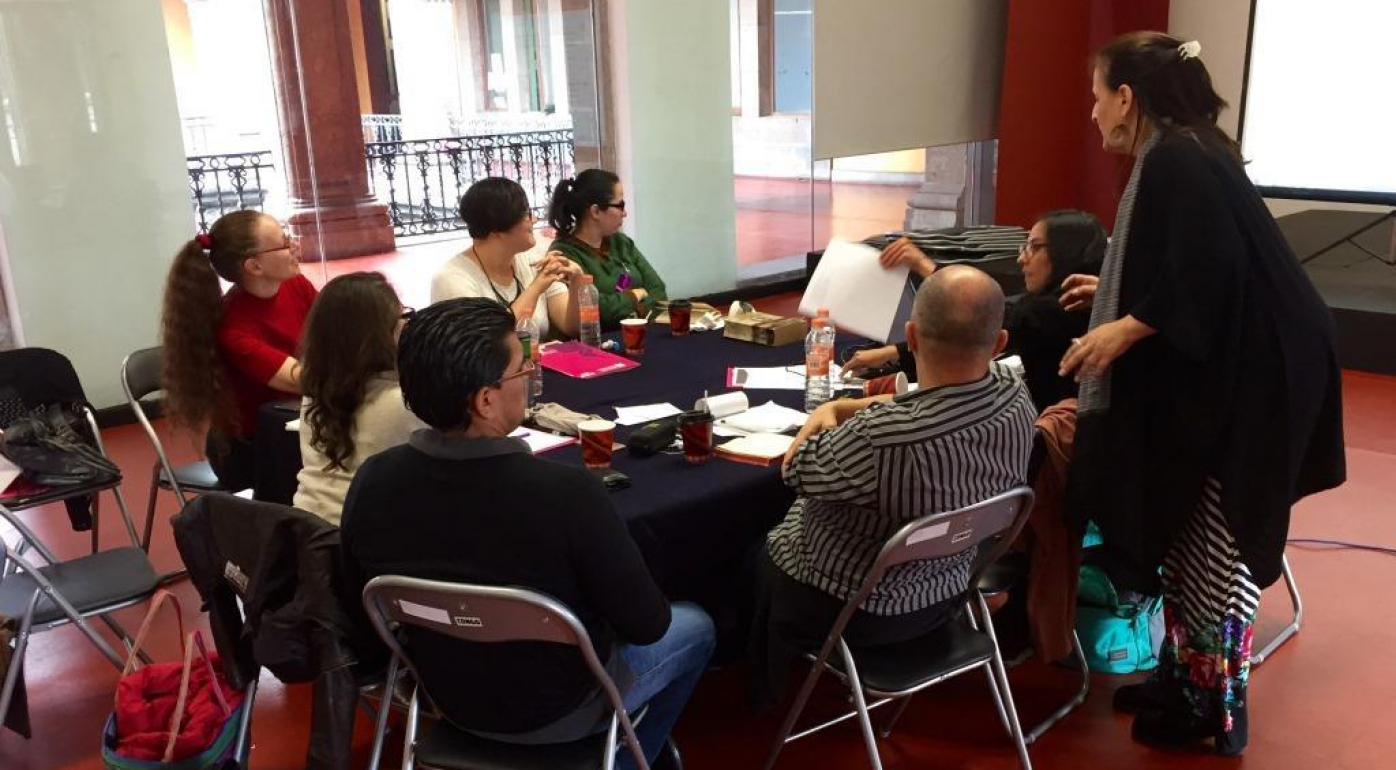 From the start, we were aware that tackling Hamlet’s famed “To be or not to be” soliloquy would be challenging due to the purposeful vagueness of meaning that its language and imagery allow. We struggled with the iconic first verse of the speech, due to the philosophical broadness of “being” and we heatedly debated over the accuracy of either the Spanish verbs “ser” (to exist) or “estar” (denoting physical presence). Finally, we chose the former due to its existential nuances. We stuck to prose to allow this version to flow more naturally as any train of thought. One of our chief problems was addressing English’s monosyllabic nature and ability to compress multiple meanings within a single term. So we used a copy of the First Folio version as an aid to determine sense and punctuation.

After reading each verse we selected keywords based on their contextual, rhetoric, and phonetic importance. Through selective close reading we aimed to clarify a “wholeness” of meaning, distilling core ideas into close-cropped fragments. As we assessed each section of the soliloquy we encountered several complicated words and phrases. Among these examples were “shocks” because we couldn’t find a word that was harsh and immediate enough. For a time “rub” was problematic due to its shortness and vague connotation, and a particularly troublesome phrase was “(…) and the spurns / That patient merit of th’unworthy takes” which we had to reorder to grasp its sense correctly. Of all these cases the phrase “mortal coil” was the toughest until we resorted to “torbellino” (whirpool) because the image of a violent, physical force of nature became the most effective to convey helplessness. That funnel drags its victim down and towards a brutal destruction. The whirpool sounded brusquer and even more striking than a mere tornado (remolino) which was only chaotic.

By being caught in a great force beyond anyone’s control, this imagery conferred Hamlet’s unease at the fatal pull of his own mortality. Spanish’s flexibility allowed us to solve this particular case. So, in spite of how each language differs in their ways to confer meaning—English conflates and Spanish expands—this active collaboration may possibly allow the polyphonic nature of our translation to thrive in the final result and successfully piece together what is, as the Danish prince would say, “out of joint.”