Word of the Day - Translating The Tempest

How do you translate the language of Shakespeare's 'The Tempest' into Spanish? Workshop attendees report back from Mexico in our second Word of the Day blog. 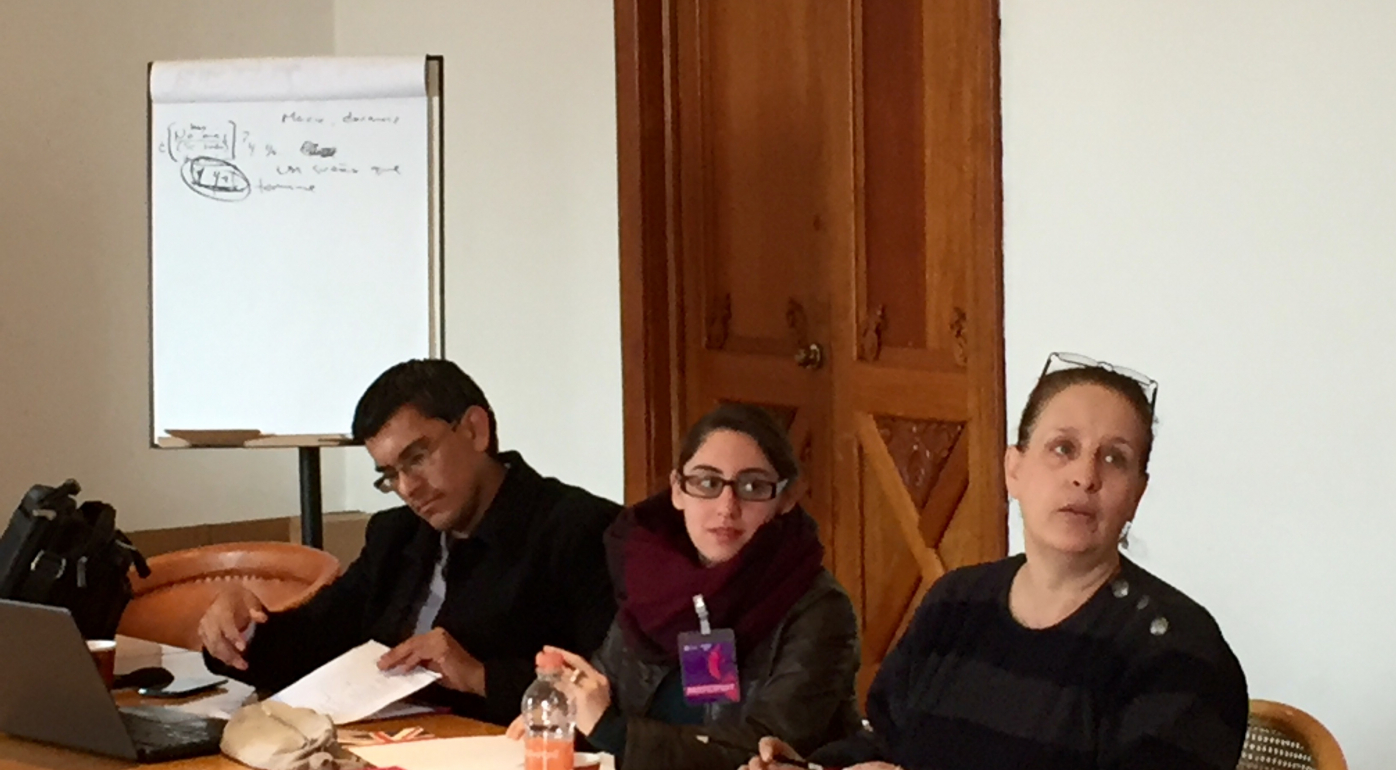 Discussing The Tempest, Mónica Maffia, the leader of our group, started by explaining the post-colonial reading of the play, with Caliban, native of the island, falling under the rule of Prospero. Mónica emphasized on the phonetic similarities of ‘Caliban’ and ‘cannibal’, and mentioned an essay, written in the 1580’s by Michel de Montaigne, titled 'Of Cannibals', describing them as an organized, peaceful and harmonic society untainted by the ambition of the Europeans. Caliban’s speech and imagery are amongst the most poetic elements in the play, with his loving view of the island.

The workshop tackled Act I, Scene II, in which Caliban voices his anger to Prospero, who arrived as a castaway, was welcomed as a refugee and eventually took over as a colonizer. We underlined the words that were potentially problematic or needed a consensus on their translation. Firstly, we decided to include all the archaic forms of 'thou, thee, you, thy, ye' from the text in a single tuteo, which is the Spanish informal address for 'you'; this choice was made because we wanted to express the frustration that Caliban felt towards Prospero’s treatment against him, since now Caliban sees him for what he really is, and also because using a single form of tú/tu serves to reflect otherness as a concept, as Caliban, who was at first used to living alone, had no prospect whatsoever of dealing with other people. It reflects how this character is objectified and dehumanized through the play. 'Objectifying' was the closest term we found to our Spanish concept of cosificar, which refers to a person as a thing (cosa in Spanish).

Some of the words that needed further research and consensus were: 'gabble', which was translated as graznar in order to reflect the animal nature that Prospero assigns to Caliban, and also as a reference to a previous line where a raven feather is mentioned. 'Print' was translated as marca because of Miranda’s concept of this word as cattle branding. For 'urchins', we used erizos, instead of the most obvious equivalence to granujas or pilluelos, to emphasize on Prospero’s threats revolving around the act of piercing. As to the translation of 'cell', Prospero’s concept for the place he lives in, we all agreed on the word celda so we didn’t lose the sense of confinement that comes with it.

@LitBritish RT @MichaelRosenYes: Fellow twitterers, we announce that today we recorded an interview with the great Hilary Mantel for @BBCRadio4 #WordOf…
(11 hours ago)