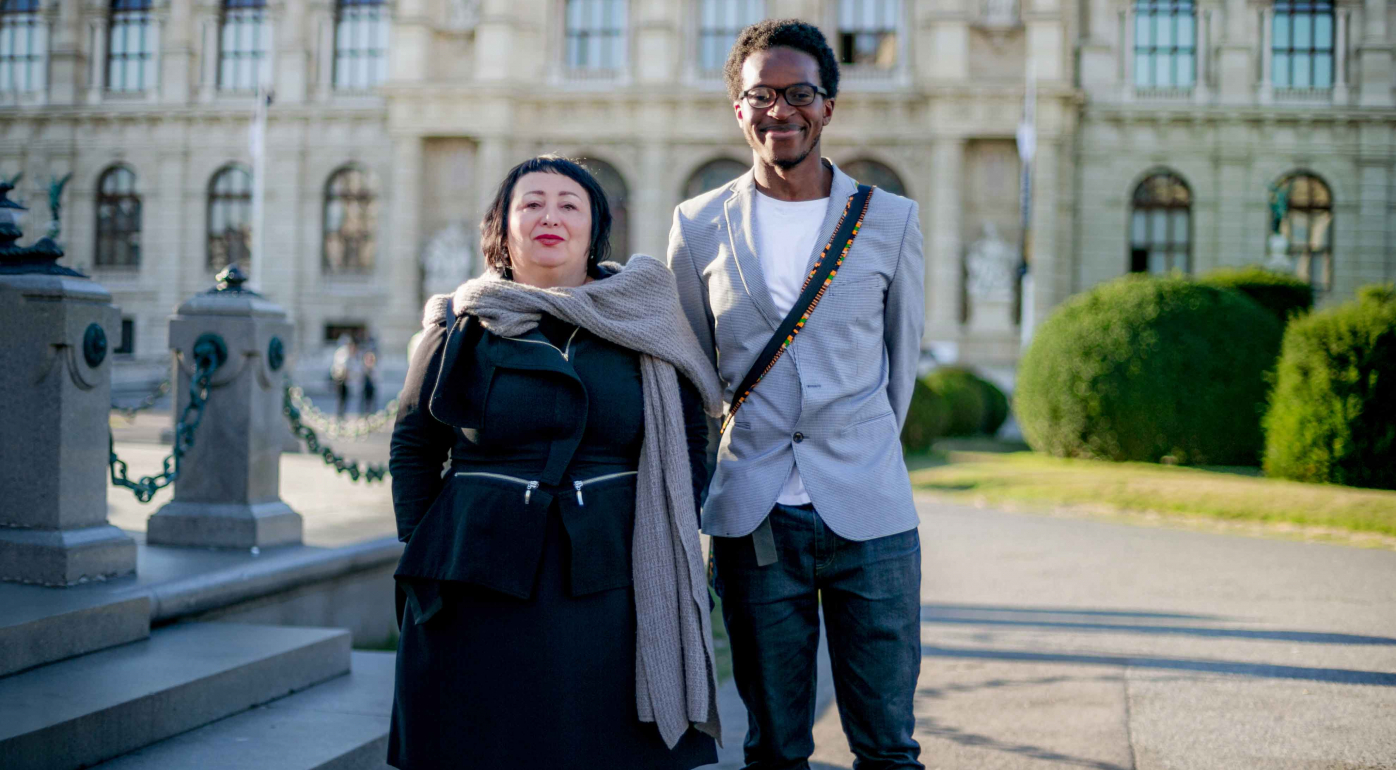 In a role-reversal of the London film, Vienna-based award-winning author and artist Julya Rabinowich guides London-based poet and performer Kayo Chingonyi around her city, and the home of Shakespeare’s Measure for Measure. They chat about scandal, the architecture of historic value, and question Shakespeare's authority a little bit...

Kayo Chingonyi (pronounced kai-o chin-gone-yee) is a fellow of the Complete Works programme for diversity and quality in British Poetry and the author of two pamphlets, Some Bright Elegance (Salt, 2012) and The Colour of James Brown’s Scream (Akashic, 2016). His first full-length collection, Kumukanda, will be published in June 2017 with Chatto & Windus. As well as being widely published in journals and anthologies, Kayo has been invited to read from his work at venues and events across the UK and internationally. In 2012 he represented Zambia at Poetry Parnassus, a festival of world poets staged by The Southbank Centre as part of the London 2012 Festival.

He was awarded the Geoffrey Dearmer Prize and shortlisted for the inaugural Brunel University African Poetry Prize and has completed residencies with Kingston University, Cove Park, First Story, The Nuffield Council on Bioethics, and Royal Holloway University of London in partnership with Counterpoints Arts. He was Associate Poet at the Institute of Contemporary Arts from Autumn 2015 to Spring 2016.

As an events producer Kayo has hosted/curated events for ICA, Stirling University, The Southbank Centre, Hackney Council, The Freeword Centre, Bernie Grant Arts Centre, Africa Centre, and Comic Relief. As an undergraduate he was co-founder of Word Life, a successful literary and music event series based in South Yorkshire.

Julya Rabinowich was born in what used to be Leningrad, but has lived in Vienna, Austria since 1977. She studied painting, philosophy and translation and has established herself as a playwright, painter and writer. Her debut novel Spaltkopf won the Rauriser Literaturpreis 2009 alongside several grants.  It was published in English by Portobello Books in 2011 under the title Splithead. Julya's second novel, Herznovelle, was published by Deuticke in Austria in February 2011, followed by Die Erdfesserin in 2012.

Her new novel, Krötenliebe (TOAD LOVE), will be published by Deuticke in March 2016.

This is the latest in our series of 8 short films exploring ideas of place and space in Shakespeare. We've paired UK writers with counterparts in 8 locations across Europe (and beyond), to walk the streets which Shakespeare evokes in the settings of his plays. This film explore giving them an opportunity to explore the fictional and the real, the way architecture can shape the mind, and to exchange ideas about what Shakespeare means to us all today.