Watch the film third in our series of Walking Cities films. This time two games writers meet in Verona, home of Romeo and Juliet, to talk about Shakespeare's virtual realities... 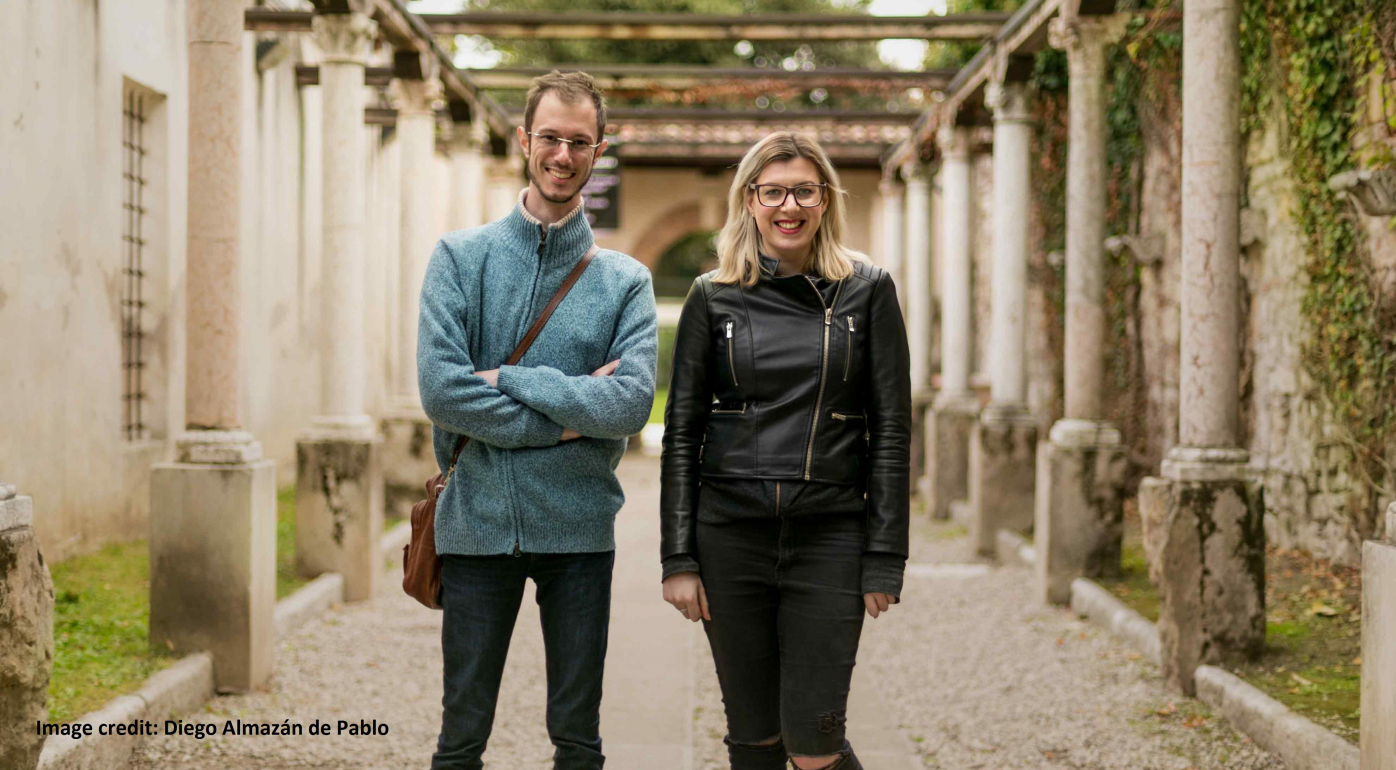 When Shakespeare chose international locations for his plays, was he creating his own rudimentary form of virtual reality? UK games writer Cara Ellison meets up with Italian Michele 'Sabaku No Maiku' Poggi in Verona to discuss the similarities between Shakespeare language-generated identities and the virtual reality computer games of today. As they talk and walk, watch the timeless landmarks of Verona revolve around them in this new film.

This is the third in our series of 8 short films exploring ideas of place and space in Shakespeare. We've paired UK writers with counterparts in 8 locations across Europe (and beyond), to walk the streets which Shakespeare evokes in the settings of his plays. This film explores the fictional and the real, the way architecture can shape the mind and exchanges ideas about what Shakespeare means to us all today.

Cara Ellison is a Scottish writer, game critic and video game narrative designer. She has written for The Guardian, VICE, Kotaku, PC Gamer, Paste Magazine and the New Statesman, and wrote the best-named column in the world, S.EXE, at Rock Paper Shotgun. She was also co-writer on Charlie Brooker’s How Videogames Changed The World for Channel Four television in the UK.

Her writing and game narrative work has been featured in The New York Times and Wired, and she was one of The Guardian’s Top Ten Young People In Digital Media 2014. She contributed to the forthcoming game Dishonored 2, and has recently put out a collected volume of her gonzo crowd-funded itinerant travelogues around the world. She is currently working on unannounced game projects.

Born in 1988, Poggi has grown up with media. He began video editing when he was 13 years old with simple slideshows before moving a few months later to musical and rhythmical video editing. In love with computers since he was born, he worked for TV as editor and graphic, before becoming a VFX Design freelancer, developing materials for TV and films, and for a while he worked also for Technicolor Italia, co-operating with worldwide recognized film studios like Marvel, Warner Bros and others. Born sadly in a “Outer Heaven” without internet connection, he has followed the digital era and his evolutions in a “analogic way” since he can remember: Game Boy when he was 5, PC Tower today. He has a YouTube channel where people surround him as if he was a bard: his videos have been seen by an average of 200,000 people each, and he has plans for more

This project is part of the British Council’s Shakespeare Lives programme, celebrating the 400th anniversary of Shakespeare’s death.