Watch the next film in our series of Walking Cities films, pairing up writers across Europe and beyond to talk about Shakespeare. Rome is a key strategic centre for the Ancient history plays. 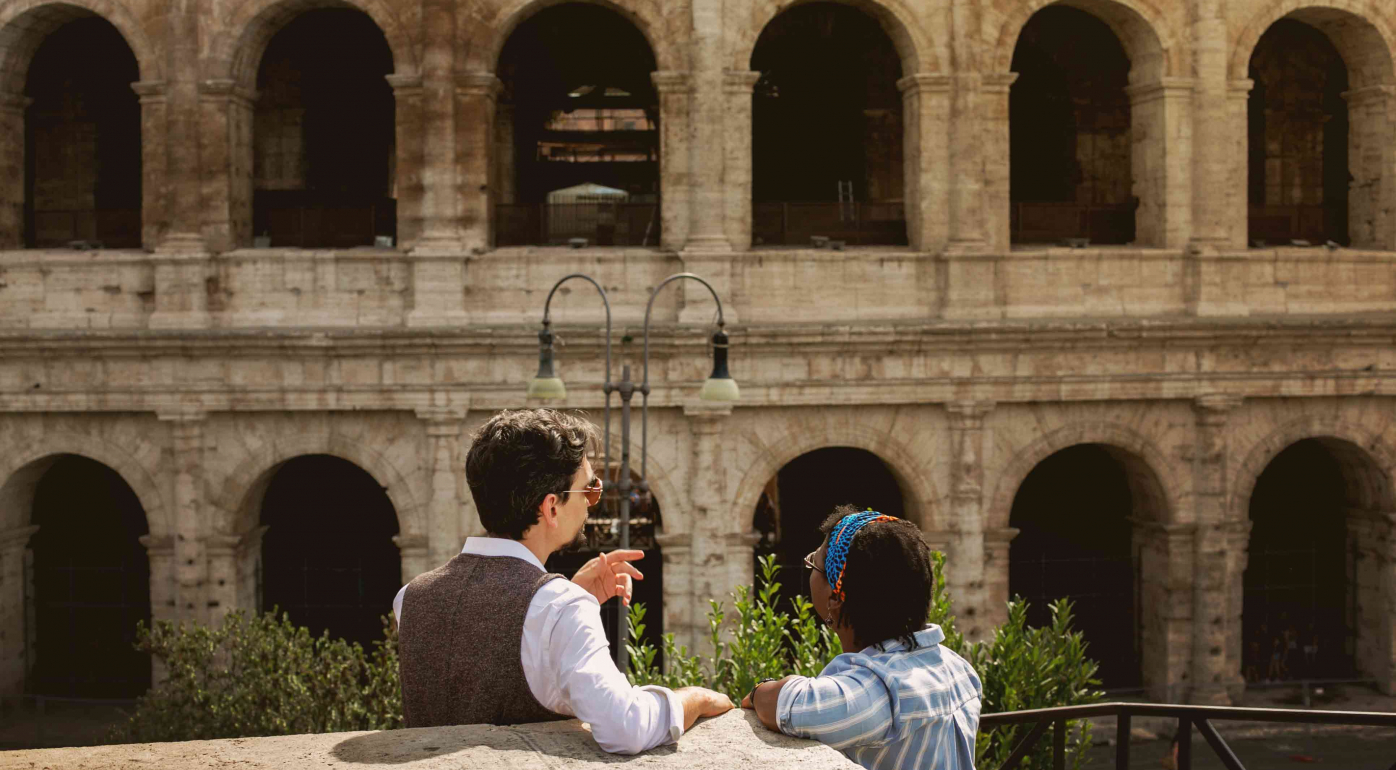 Roberto Reccioni is an Italian cartoonist and writer. He met up with Delia Jarrett-Macauley, the novelist and academic, to talk about politics and power on the site of the powerhouse of the ancient world: Rome.

Delia Jarrett-Macauley is a writer of Sierra Leonean parentage, currently based in London. She is the author of The Life of Una Marson 1905-65, and of the Orwell Prize-winning novel Moses, Citizen and Me, and has presented programmes on BBC Radio 3 and Radio 4. Delia's most recent publication is the groundbreaking collection 'Shakespeare, Race and Performance - The Diverse Bard' (Routledge, 2016) which explores what it means to study and perform Shakespeare within a multicultural society. In summer 2016, she was Chair of the Trustees of The Caine Prize for African Writing.

Born in Rome, Roberto Recchioni is a writer and a cartoonist, active in the professional comic field since 1993, when he debuted on the series Dark Side (which he created) for BDPress. He is one of the founders of the independent publishing house Factory. Subsequently, he has worked with StarShop, Comic Art, Rizzoli, Magic Press and Mondadori. He is the creator (along with Lorenzo Bartoli) of John Doe and Detective Dante for L’Aura and (along with Matteo Cremona) of David Murphy: 911 for Panini Comics. For this publishing house he worked on the comic adaptation of the Chronicles Of The Emerged World by Licia Troisi. For Astorina he has written the script of several Diabolik stories. He has made the graphic novels Battaglia – Le guerre di Pietro, Ucciderò ancora Billy The Kid, Ammazzatine, Asso. Since 2007 he has been one of the writers of the comic series Dylan Dog of which, along with Franco Busatta, he is currently the curator. He works also on the comic series Le Storie and Tex. Along with Emiliano Mammuccari he is the creator of Orfani, the first colour monthly comic series published by Sergio Bonelli Editore. He is very influenced by Shakespeare in his works, and he has evoked the Bard’s work throughout his career. He is very popular in Italy, and has a big social media following. His Facebook page (https://www.facebook.com/roberto.recchioni?fref=ts) is followed by 21625 people. His popularity increased very much with his work as curator of Dylan Dog and with his own series Orfani.

This is the first in our series of 8 short films exploring ideas of place and space in Shakespeare. We've paired UK writers with counterparts in 8 locations across Europe (and beyond), to walk the streets which Shakespeare evokes in the settings of his plays. This film explore giving them an opportunity to explore the fictional and the real, the way architecture can shape the mind, and to exchange ideas about what Shakespeare means to us all today