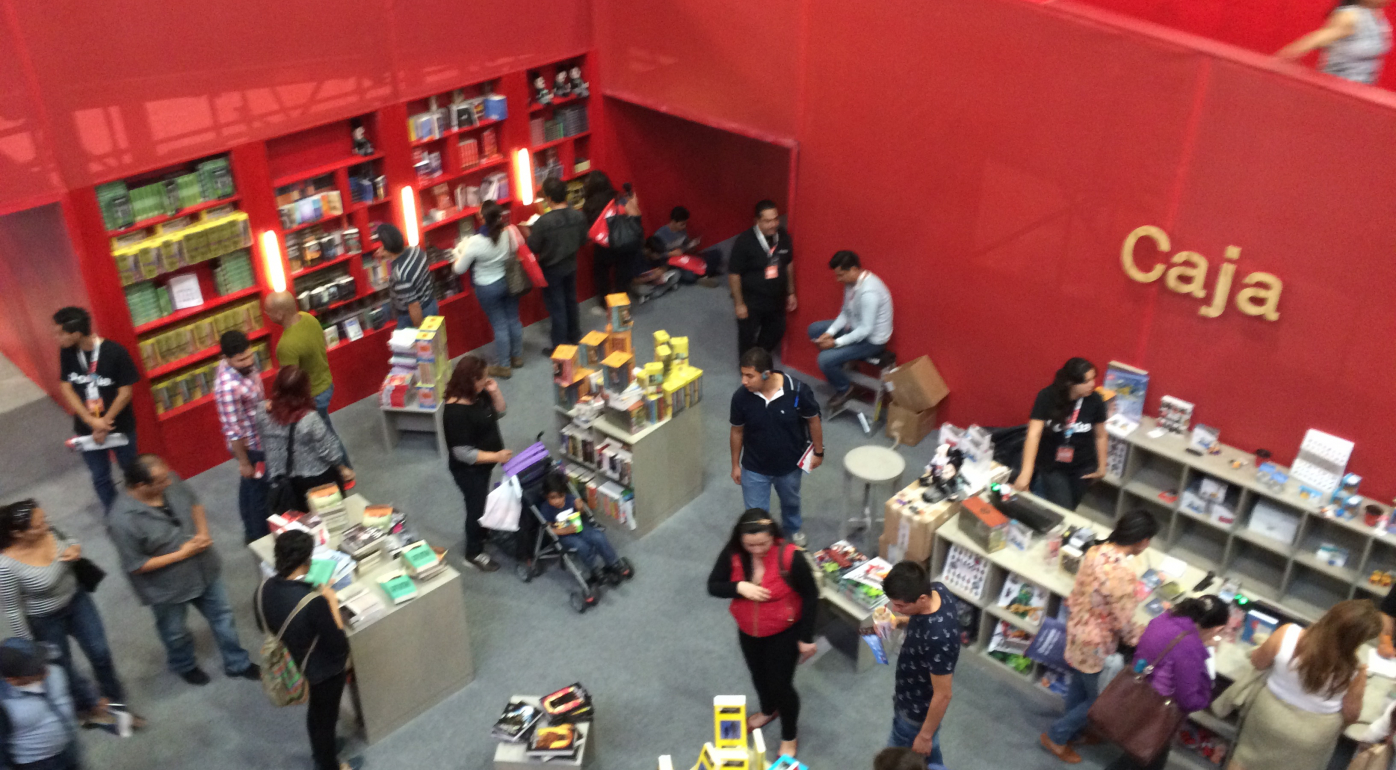 Emerging translator Annie McDermott visited Guadalajara International Book Fair (FIL) in November 2015, when the UK was Guest of Honour. Here she explains a bit about what it was like.

I realised the FIL was different to other book fairs when my taxi driver told me his children go every year.  “They love it!” he said.  “They have a great time!”  My only point of comparison was the London Book Fair, where agents and publishers sit at very small tables doing deals and swapping business cards, and it was hard to imagine what children would find so exciting about that.

However, once I was inside the FIL I saw what makes it so special: it’s an event for everyone.  Sure, it’s attended by over 20,000 publishing professionals, but most of the 792,000 visitors are simply people who love books.  Teenage couples stroll around arm in arm, flirting and giggling – and queuing up for poetry readings.  Fans chase writers for autographs and photos.  (“It’s brilliant for the authors,” one ex-FIL organiser told me.  “Once a year they feel like film stars.”)  Children on school trips fight over headphones at listening posts.  And as if that quite frankly extraordinary number of visitors wasn’t enough, the ‘Echoes of the FIL’ programme sends writers out to nearby (and not so nearby – UK illustrator Ed Vere travelled for four hours to get to his) schools for workshops and readings.

One of the most important things about the FIL is that it doesn’t happen in Mexico City but in Guadalajara, some three hundred miles north-west.  80% of Mexico’s bookshops are in the capital and post is expensive and unreliable (when I was living in Mexico City, a parcel once took three months to travel from my local post office to my flat), making the FIL is the only chance many non-Mexico City residents have to get hold of books, let alone hear their favourite writers read.

Since it’s not much easier for a London-based translator to get hold of Latin American books, I was keen to do some shopping myself.  It was an overwhelming experience: I’m indecisive at the best of times, and being surrounded by 2,000 pop-up bookshops from 44 countries certainly didn’t help.  Did I want an Ecuadorian satire written from the point of view of a rabbit, a novel telling the story of Hugo Chávez’ death through the eyes of a retired oncologist, or a book about teenage gangsters in the tropical Colombian city of Cali?  If I hadn’t been given a couple of motivational shots of mezcal as I passed through the Ediciones Era stand, I’d probably still be there choosing now.

The UK was the guest of honour at the FIL this year, which meant that one corner of the site was taken up by the UK Pavilion.  This bright red, angular construction with Escher-esque walkways was where most of the events with the UK writers took place, on topics as wide-ranging as ‘love and conflict’, magical realism, social media and using forensic evidence in crime fiction. It’s always exciting to see a genuine connection being made between an audience and a speaker, especially when the audience are mostly listening through headsets to a translation.  The FIL was full of such connections, but the one that moved me the most was seeing rows of people nodding in recognition while Laura Bates talked about the experiences that led her to form the Everyday Sexism Project.  (I hear the Mexican branch of the project is now up and running.)

Behind the UK Pavilion was a small room filled with some of the busiest people I’ve ever seen: the British Council staff and local volunteers, all speaking into about twelve mobile phones at once, making sure everything ran smoothly (with ‘everything’ including not only the two hundred events they were organising, but also unexpected extras like a whale-watching trip for one of the writers).  The writers would pass through this room between events, so I spent much of my time in there a bit starstruck, trying to resist sending my friends text messages that said things like “I just discussed the Oldham by-election with OWEN JONES!”

Leaving the FIL after three packed days, my suitcase full of books (among others: anthologies of short stories from the north of Mexico and the state of Oaxaca, the new novel from Julián Herbert and some Costa Rican crime fiction given to me by my friend Daniel Quirós), I felt a bit jealous of my taxi-driver’s children.  The FIL is a book fair like no other, and I wished I could go every year as well. 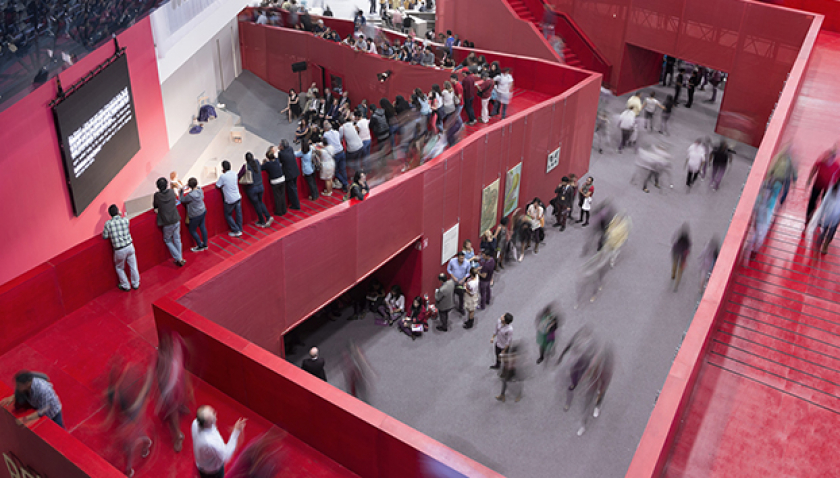 The Literature team sent a delegation of 30 British writers to the Guadalajara International Book Fa...