Sonnets for the Horn of Africa - Part 3

Workshop facilitator Dan Boyden blogs about his recent trip to Sudan on our Sonnets for the Horn of Africa project. 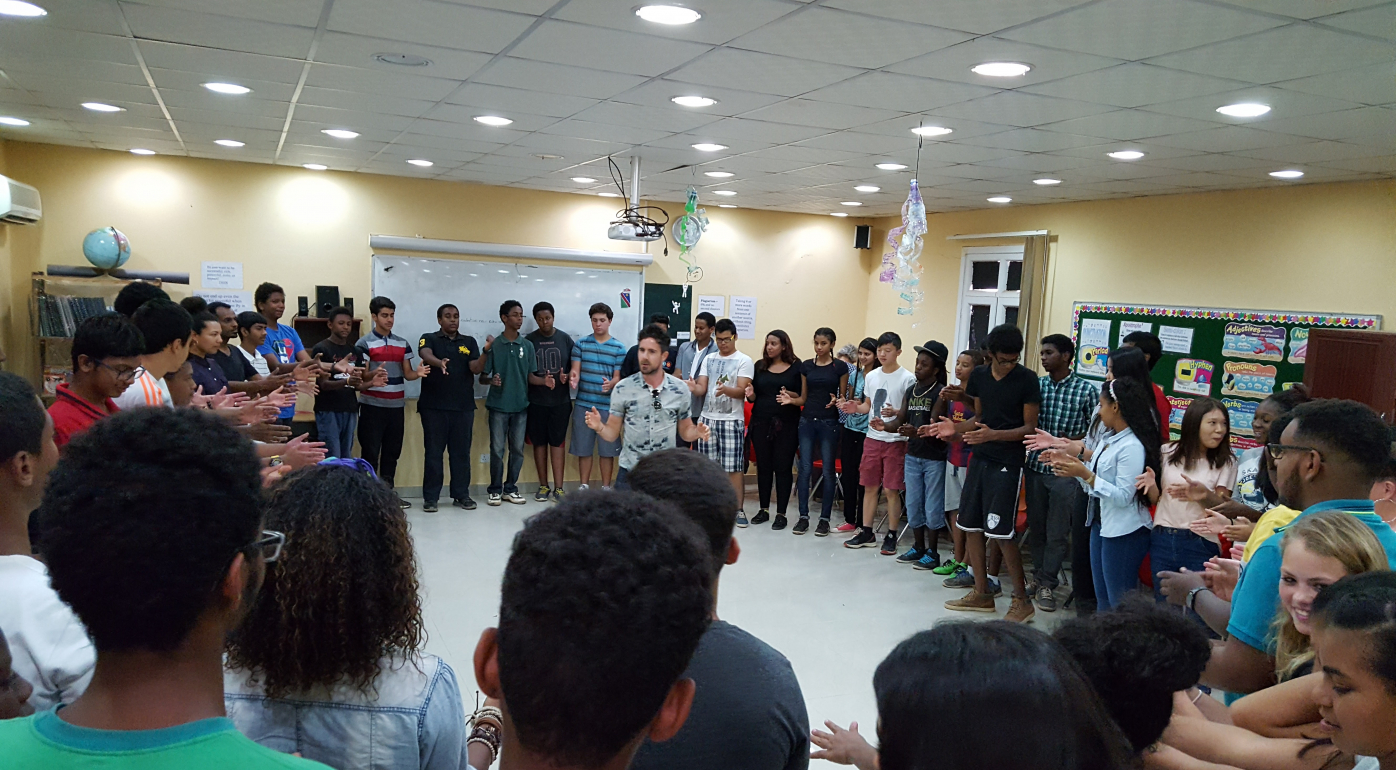 ‘The Puzzle and The Process: The Magic of Workshops’

The work that Mustafa Khogali and the British Council are doing in the Horn of Africa is something unique. To add to a growing body of work using the arts as a tool to engage and inspire, the recent Shakespeare Lives workshop shows how something transformative can happen when people come together under the right conditions.

This isn’t rocket-science, and this Sonnets project isn’t the first time that a well held collaborative and creative process has allowed the people involved to understand themselves and each other better.  It isn’t the first time the arts has shown people what’s possible, for them, as artists and as people, but also for communities.  But there was something special about this week, something that doesn’t happen very often. The different pieces of the puzzle seemed to fit and the 28 people in that workshop produced something truly magical. Stepping out of the process and back into the UK, I’ve been reflecting on what worked so well and why.

I was last in Khartoum in December, running a three-day workshop for artists in the region looking at how they can use their artistic practice as a tool for development in their communities. The workshop was part of the ‘Festival of the Nile’, a large-scale, ambitious arts festival in the city that celebrated the best of Sudanese, South-Sudanese and Ethiopian culture.  The festival was designed and delivered by a group of 30 young leaders from the three countries, as part of the youth leadership programme HOLLA, supported by the British Council and the EU.  HOLLA has set the tone for recent arts-based collaborations across the three countries, showing the power of investing in young people and the need for opportunities to connect across cultures. 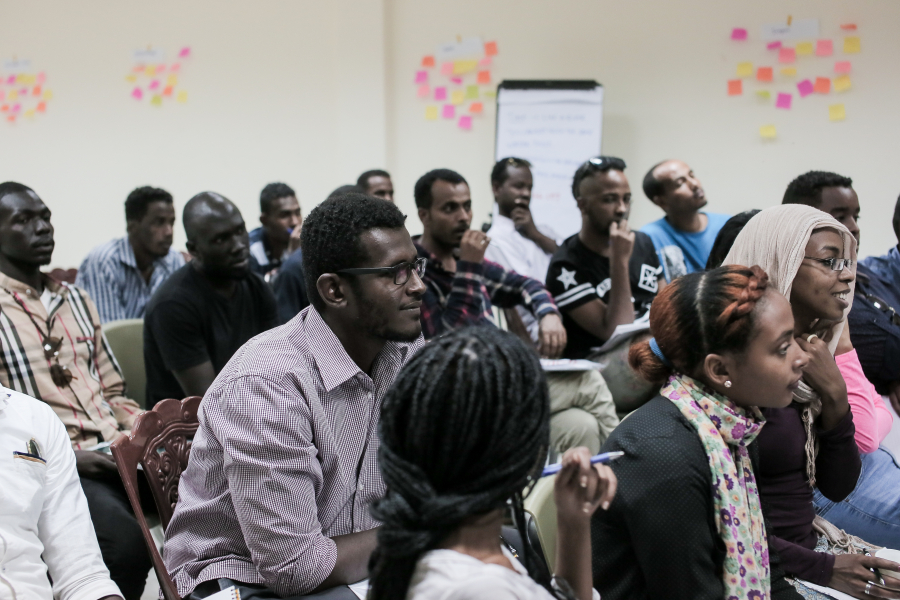 Since the December festival, and as part of the Shakespeare Lives programme, there has been a workshop with British rapper Akala in Khartoum, Juba and Addis as well as others with international artists.  I arrived in Khartoum aware of the work that had gone before, knowing that this group would be ready to hit the ground running and to make something happen.  As practitioners we brought different skills and experiences; Deanna Rodger came with a deep understanding of poetry and spoken word, as well as an ability to make a room feel listened to and alive.  Dan Tsu with a knowledge of, and commitment to, event production and music, the likes of which I’ve rarely seen. David Fitzpatrick (Fitzy) filmed with passion and cultural sensitivity, being able to be both invaluable and at times, seemingly invisible: a huge skill for a filmmaker. 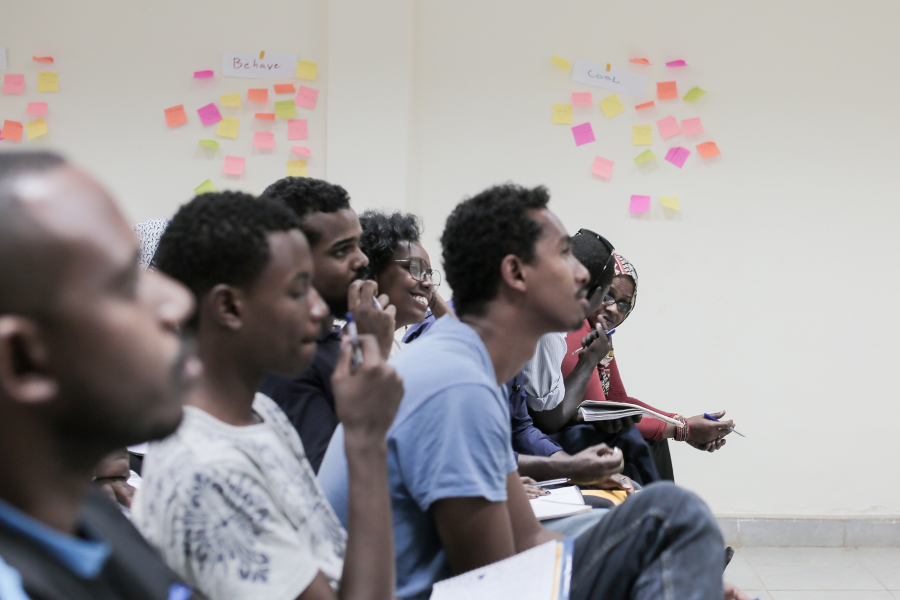 I’ve been involved in this kind of work for over 15 years, in the UK and Internationally, and I’ve not had many experiences like this one.  Outside of the workshop it hit 50 degrees as the students were taking to the streets of Khartoum. The British Embassy closed and the temperature felt like it was rising.  It was a reminder of the fragility of this part of the world and some of the tensions that form the reality of peoples experiences here.  It felt like this project had a place in all of this. It was a celebration of potential and we were in this together.

The facilitators and the project staff held the space and were clear about expectations, but what grew over the course of the week was a shared commitment to the idea that people can be brilliant, and that this group was going to show that. What started with some words on a page written over 400 years ago turned in to a performance with a depth and a beauty that moved people to tears. We had moved from the safety of the workshop space and performing with and for each other, into a hall in a fancy hotel that was like an aircraft hanger with a thousand empty chairs.  We didn’t have time for a dress rehearsal, or a tech run. This could have phased people, but it didn’t.

As I stood at the side of the stage as the lights went up, what I saw was a group of young performers, one group, stepping bravely in to something new. 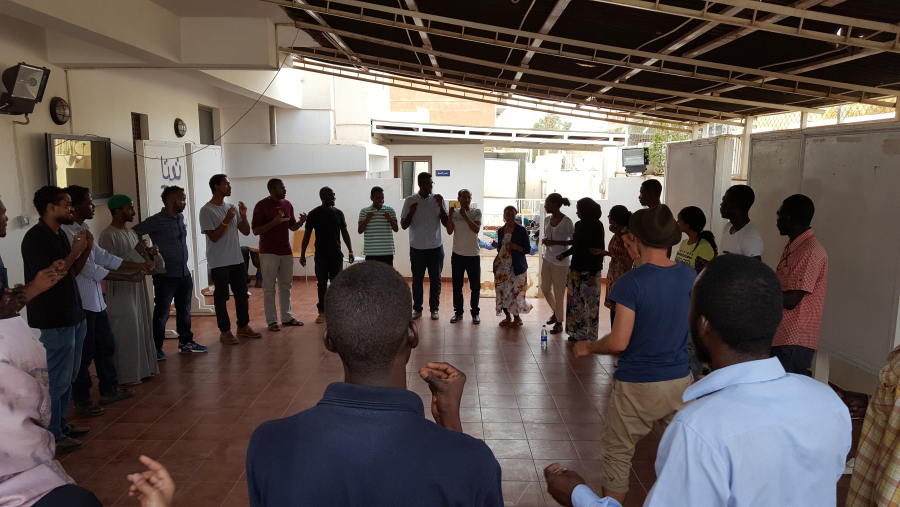