Sonnets for the Horn of Africa - Part 2

Filmmaker David Fitzpatrick blogs about his experience filming in Khartoum, Sudan as part of our programme Sonnets for the Horn of Africa. 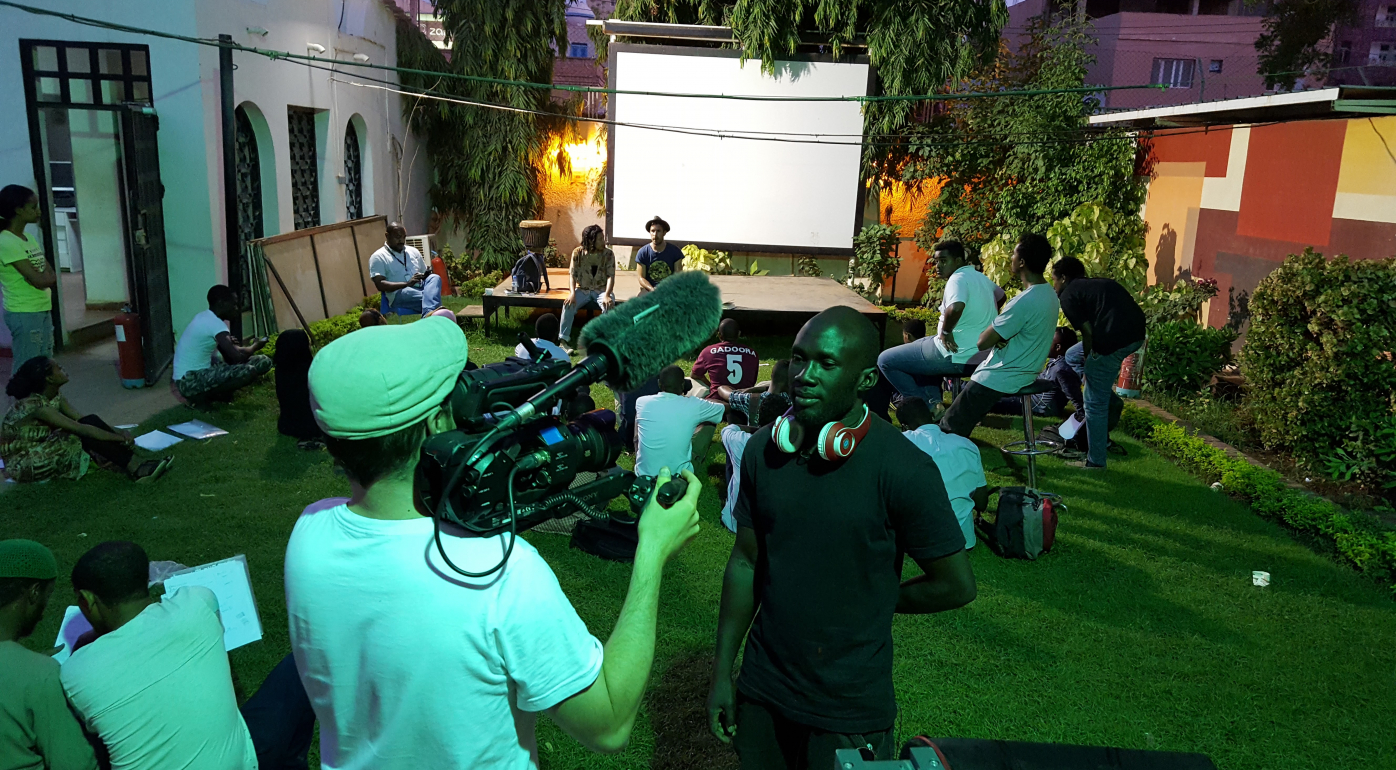 ‘A View From Behind The Lens’

As we flew into Khartoum my attention was being held by a fellow passenger. It was a welcome and introduction like I had never received. This man called Khartoum his home.

He wanted to tell me how safe I would be and how happy he was that I was visiting his country. He told me about his family. His future hopes for his business and children. I knew then, before even landing in Sudan, that this was to be an experience like no other.

Luggage is always an issue for me. As a filmmaker and photographer - whether on planes, trains, automobiles or my own two feet - travelling takes logistical preparation that would make NASA proud. The amount of kit I take for a typical job in London would fill a car boot. I certainly did not want to cut back on equipment for this trip to Sudan. With three sets of security checkpoints at Khartoum airport, I knew this would be an obstacle but as I came through the scanners, alarm bells started ringing. Literally. Normally at airports a simple explanation normally suffices. "I’m a film maker... they are radio transmitters for microphones…” and so on.

It became immediately apparent that this explanation was not enough. Three hours passed (and a lot of sweat and trepidation). My kit was impounded and I was told it would not be returned until leaving the country - unless we paid a nominally large fee or had a letter from Sudan’s minister for culture. I left the airport with nothing - except worry and a mobile phone to film with. How would I start the job? Was my kit safe? I was reassured that I would be given resources until my own equipment arrived. This alleviated the worry... slightly. 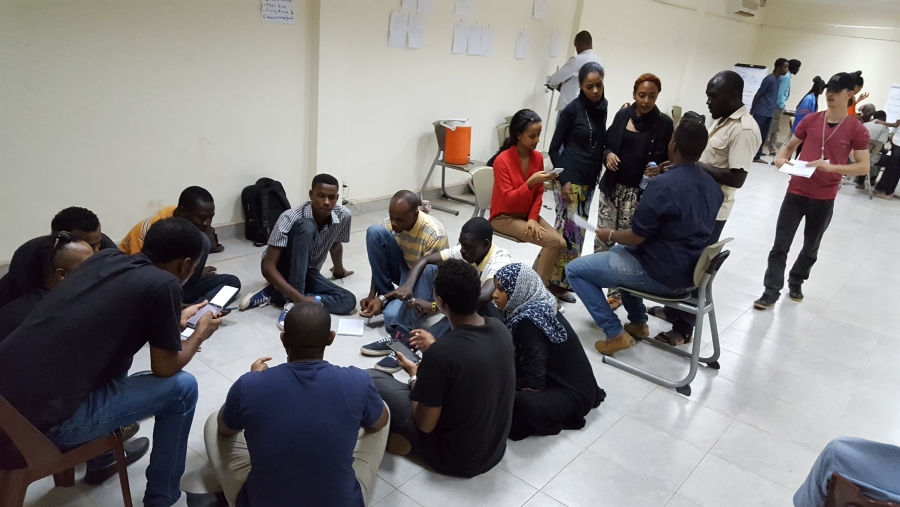 After a few hours sleep, Deanna and I went over the first day workshop plan and discussed potential filming highlights that might reveal themselves. The workshop team had already pulled me in. I really felt integral to this project – and not just spectating through a view-finder from the sidelines. This is rare but makes a great deal of difference to the films you create.

I was slightly nervous about standing up in front of the participants but was eager to get started and begin shooting. I felt a massive buzz of excitement towards uncovering the stories that these young artists might let me glimpse into.

For the first three days Deanna Rodger would run a poetry ‘bootcamp’ so that when Dan Tsu and Dan Boyden arrived they hit the ground running on performance and the final event. Deanna is so much fun and such a bundle of creativity, intelligence and peaceful understanding. She really had the participants eagerly hanging on her every instruction.

I was overwhelmed by how receptive everyone was, immediately making me feel at ease with their openness. The first night ended with some simple footage but a good foundation. It’s never nice to stick the camera in people's faces the first time you meet but I felt sure had I only had that evening, they would have been fine with it. I wanted them relaxed and I wanted their trust. I felt the next couple of days would be the perfect amount of time to create that. 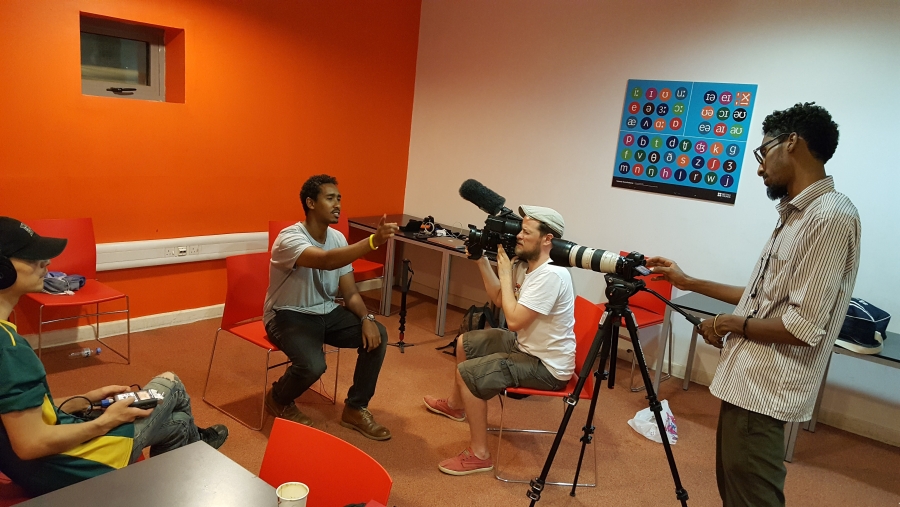 I had the opportunity to collaborate with British Council Sudan to mentor a local young person in how to use cameras, framing and capturing the essence of the project. This was Idreesy, a street photographer and successful local hip hop artist, whose photography features in this blog series. As an added bonus I also mentored the mighty Johnny, a talented musician with a keen interest in sound. He was working on Mustafa’s British Council team with incredible energy; a sponge to all film and audio knowledge. Both Idreesy and Jonny already had an amazing handle on it - it was just about honing their skills and ideas. My biggest regret was not having enough time alongside filming to give them more of my experience.

The two Dans arrived in a whirlwind of energy a few days later. The workshops turned up a notch in terms of workload and everyone started to get very excited about Saturday’s forthcoming show. My equipment was finally released from the airport thanks to everyone’s incredible efforts. The authorities were very apologetic and what felt like a nightmare was simply a clerical error. Now the fun could really begin.

The footage was quickly starting to look really good and the young artists were allowing me to film them in any situation of their learning, as well as their downtime. We had all started to garner friendships with everybody and it really felt like we were all on the same page. Everything was shaping up well to capture some amazing intimate footage of the big final performance…

As I sit in London, on nearly 2 TB of footage, I’m still sifting through all the material and it is beyond my expectations. I couldn’t have asked for a better experience personally or creatively. This project will live on for a long time to come, even beyond the film. Shakespeare would be proud. 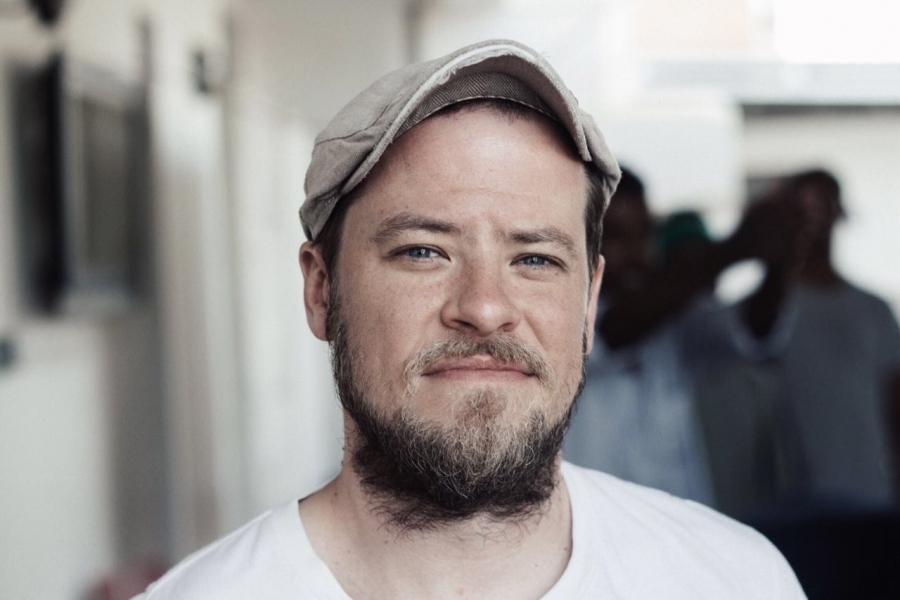