As part of our Shakespeare Lives campaign, we commissioned three illustrators to visually interpret Shakespearean themes. 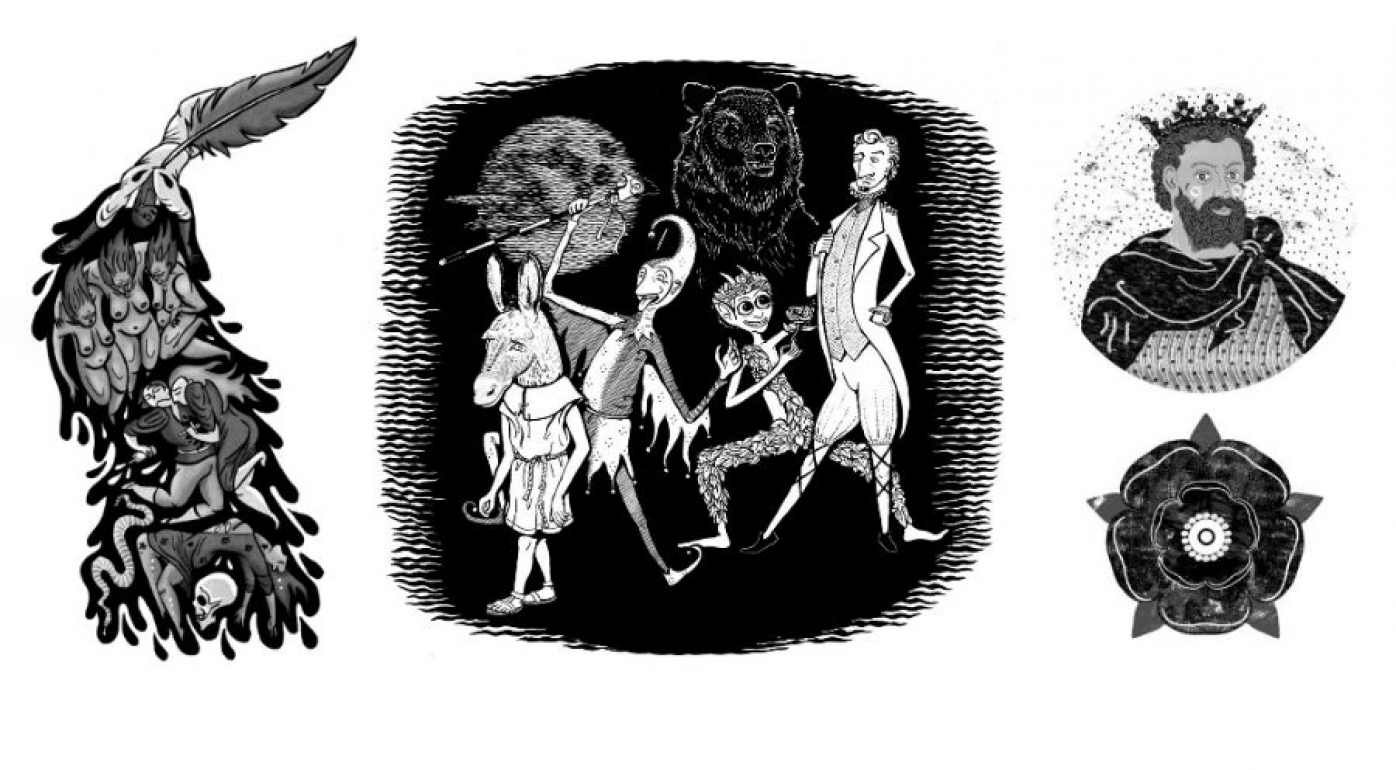 As part of our Shakespeare Lives campaign, an unprecedented global programme of events and activities celebrating William Shakespeare’s work on 400th anniversary of his death, we commissioned three illustrators to visually interpret three main Shakespearean themes: Tragedy, History and Comedy.

Karrie Fransman, illustrator, graphic novelist and storyteller, has published two graphic novels, both of which have received critical acclaim. Her illustration, based on the theme of Tragedy, includes Othello, Macbeth's three witches, Romeo and Juliet, drowned Ophelia and Yorick's skull. 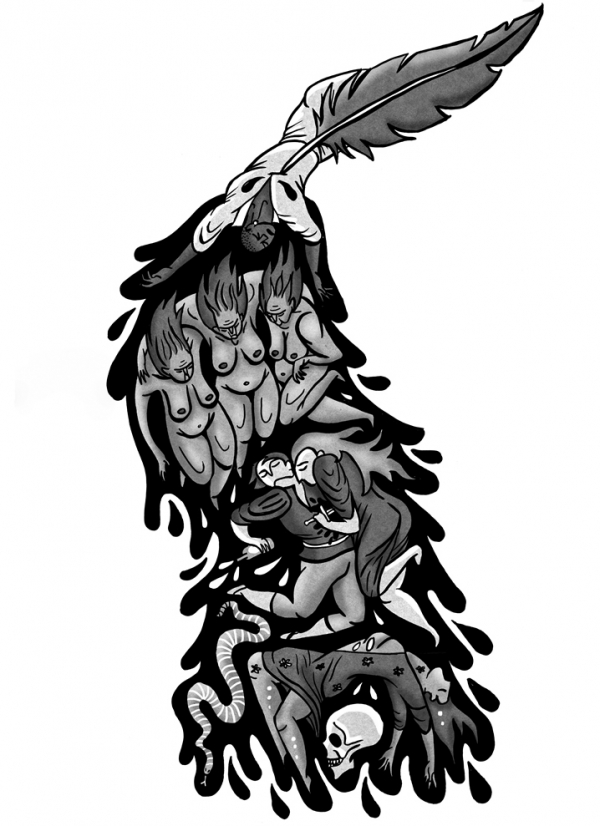 Camilla Perkins is a Brighton-based illustrator who uses bright colours and patterns in her work. She created individual portraits of the seven kings and fused them with other visual elements on the theme of History. 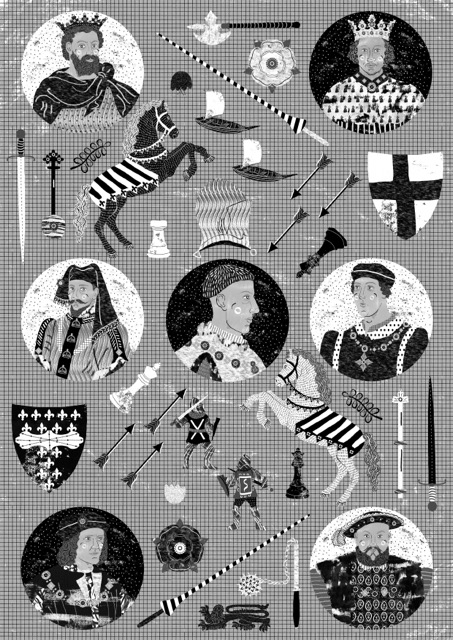 Joe Sumner is an illustrator and model-maker whose collaborative graphic novel, Everything in Teeth, was released last year. Taking the theme of Comedy, he illustrated a procession of some of Shakespeare's most memorable characters, including Puck and Bottom. 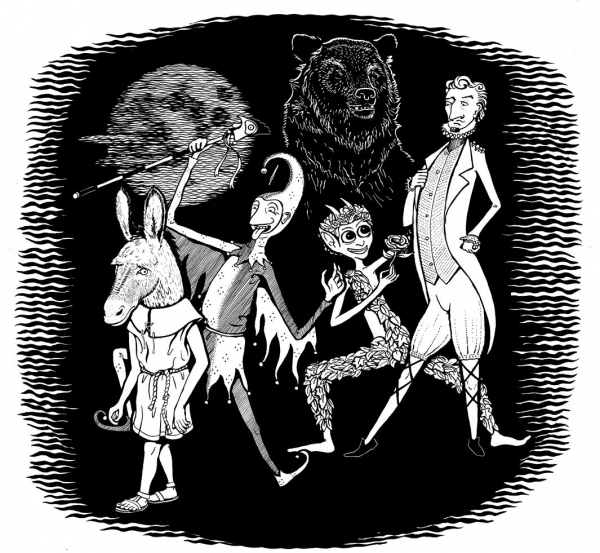