City to City- Glasgow to Lahore: poets and musicians at the Lahore Literary Festival

Poet Vicki Husband and singer and musician Sarah Hayes share their experiences of visiting the Lahore Literary Festival in our city to city project. 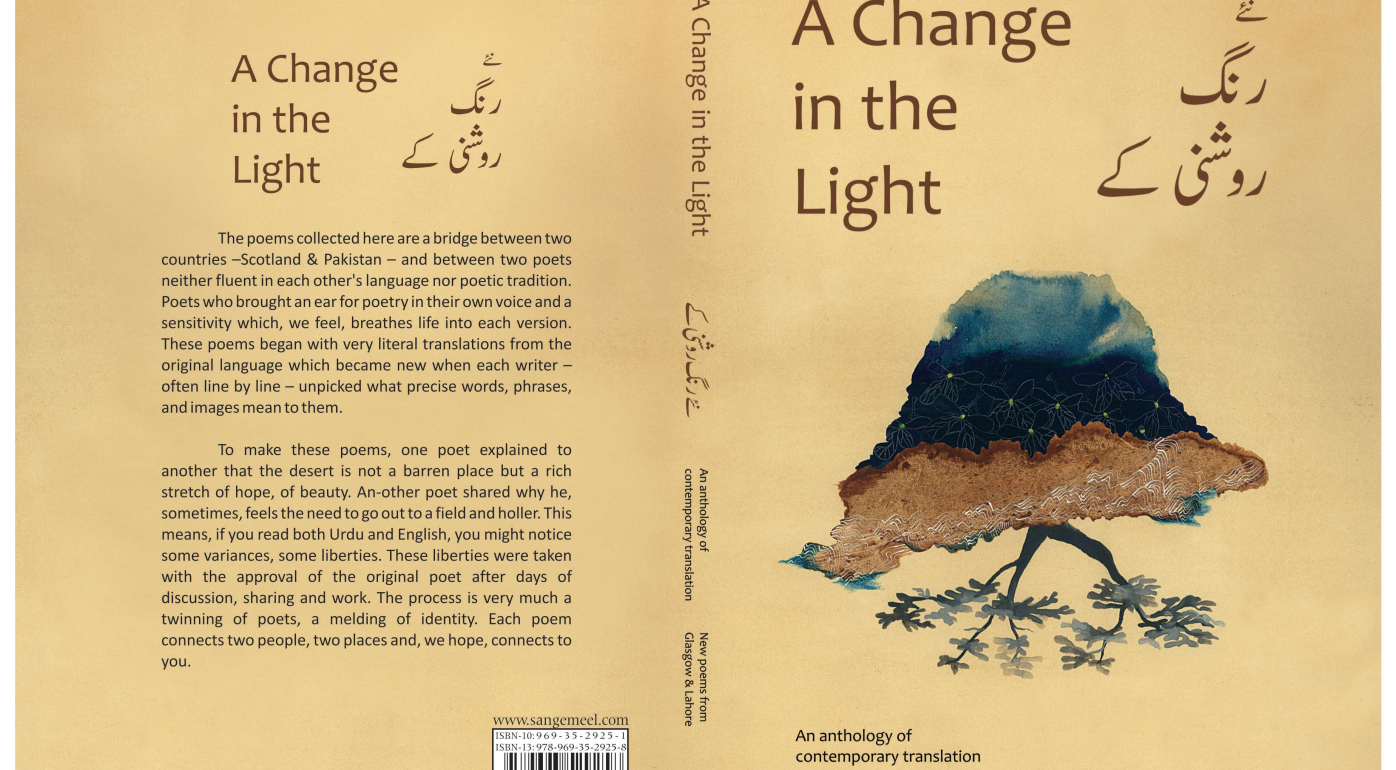 In February 2016 A Change in the Light, a book of poetry translations between Urdu and English, was released by Sang-e-Meel publishers in Pakistan. This book was the result of an ongoing collaboration and translation project between poets and musicians from Glasgow and Lahore, coordinated by Highlight Arts and Sang-e-Meel in partnership with the British Council.

These collaborations led to events in the Alhamra Arts Centre, Lahore in 2014, the Alchemy festival in London and Glasgow in 2015, and the Lahore Literary Festival in 2016.

Poet Vicki Husband and singer and musician Sarah Hayes share their experiences of participating in the project and performing at the Lahore Literary Festival showcase in 2016...

VICKI HUSBAND: The Lahore Literary Festival 2016 was fantastic. A mix of local and international writers discussing and reading their work included many new collaborations; it was whirlwind of creative conversation packed into two days. The original line-up was 3 day event but a last minute withdrawal of government security clearance forced the organisers to shorten the festival and change venue from a large public arts space to a 5 star hotel which may have limited the diversity of attendees. However it certainly didn’t curb the enthusiasm of the crowds who attended in their thousands and many events were packed out. Voices that I discovered at the festival and want to know more about include: writer and journalist Mohammed Hanif, who gave informative insights into the political situation in Pakistan; writer Tania James and artist Anwar Jalal Shemza.

Our event – Poetry in Translation – was the launch of a book of poems in English and Urdu ‘A change in the light’ published by Sang-e-meel, a publisher from Lahore. This was the culmination of the Highlight Arts project that I was involved in last year with: Kishwar Naheed, Afshan Sajjad, Dr. Khalid Javaid Jan, Ali Akbar Natiq, Jim Carruth, Gerry Cambridge and Kathrine Sowerby. The musicians Sara Kazmi and Sarah Hayes interspersed our poetry with their beautiful music and singing, and the performance went down well with the audience.

We also enjoyed the storytelling event with Ian Stephen, Mujahid Eshai expertly illustrated by Kate Leiper and Mehreen Fatima. Many thanks to the Lahore Literary Festival for the invitation. And a special thanks to the British Council for sponsoring the events and looking after us.

The city is a fascinating and contradictory mix of traffic chaos and relaxing parks, poverty and wealth, old architecture and modern hotels. It was unsettling to see so many armed guards and police in public places. Despite only being in the city for 3 days we managed a trip to the Badshahi mosque at dusk and the Shalimar Gardens in bright sunshine. We were asked for selfies from friendly locals many times and most had heard of Glasgow due to the large Pakistani community in the city. It was a wonderful opportunity which may not arise again but if I could go back I’d jump at the chance.

SARAH HAYES: In mid-February I went to Lahore.  It was a very brief but packed visit to an incredible city, as part of the latest phase in Highlight Arts' City To City project. Sara Kazmi and I reprised our three songs alongside poetry translations, storytelling and new illustrations at the Lahore Literary Festival. I'm finding it difficult to sum up the whole experience in a paragraph or two, so here are my notebook ramblings instead...

Emerge from stale aeroplane fug to the chaos of morning. Wry smiles exchanged at the rain in the air; we've brought it with us. Rose petals on airport floor. Journey to hotel, eyes wide, trying to capture everything. Drinking in the newness.

Stalls, barbecue smoke and smell. Hive of activity as the day begins. Homes and shops jostling alongside grand columns and walled monuments, a reminder of colonial past.

Hunger for discussion, debate, big questions, exchange of opinion and experience. Freedom of expression vs state control. Wealth and poverty side by side. Laughter, music. Celebration of the written word and its power for positive change. Adapting to circumstance: date, stage time, venue, equipment have all been in flux. Audience appreciation. Wah-wah! 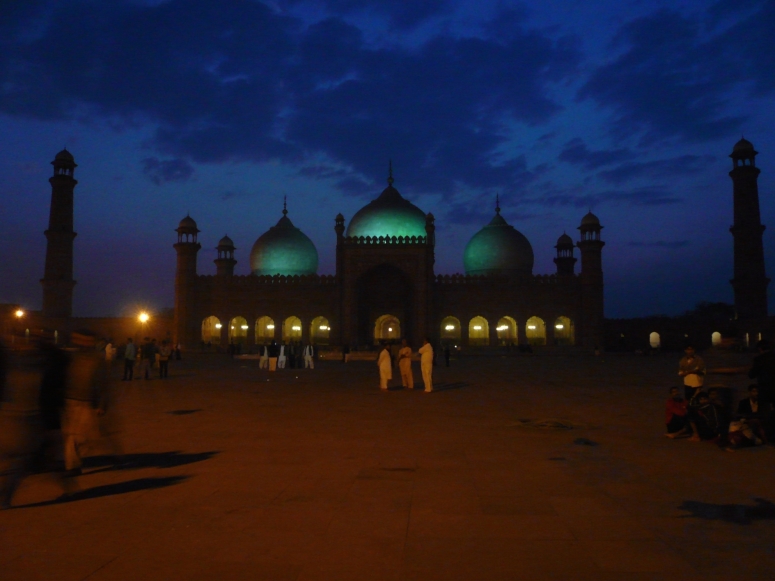 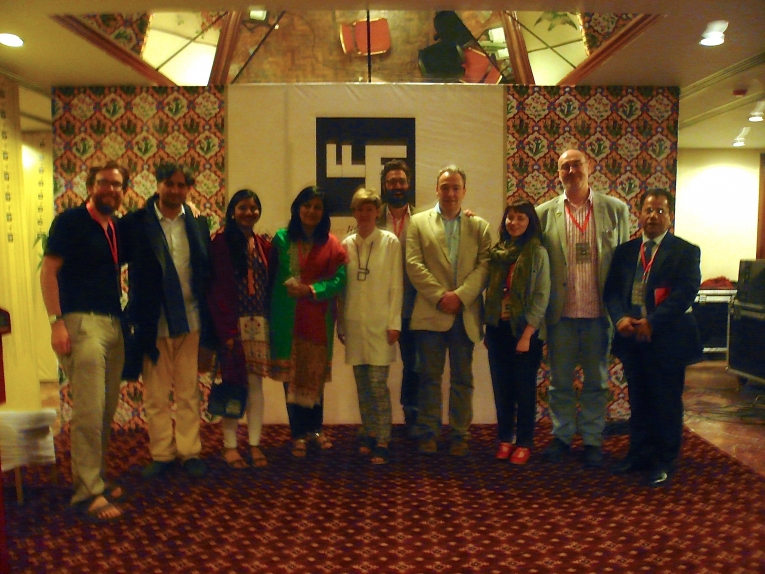