One of Myanmar's leading poets, Maung Day, will be writer in residence at Edge Hill University for two weeks in November and December. In this blog Lucas Stewart talks about Myanmar's place in South East Asia's burgeoning literary scene, and shares details of two exciting events with Maung Day, open to UK audiences in London and Liverpool 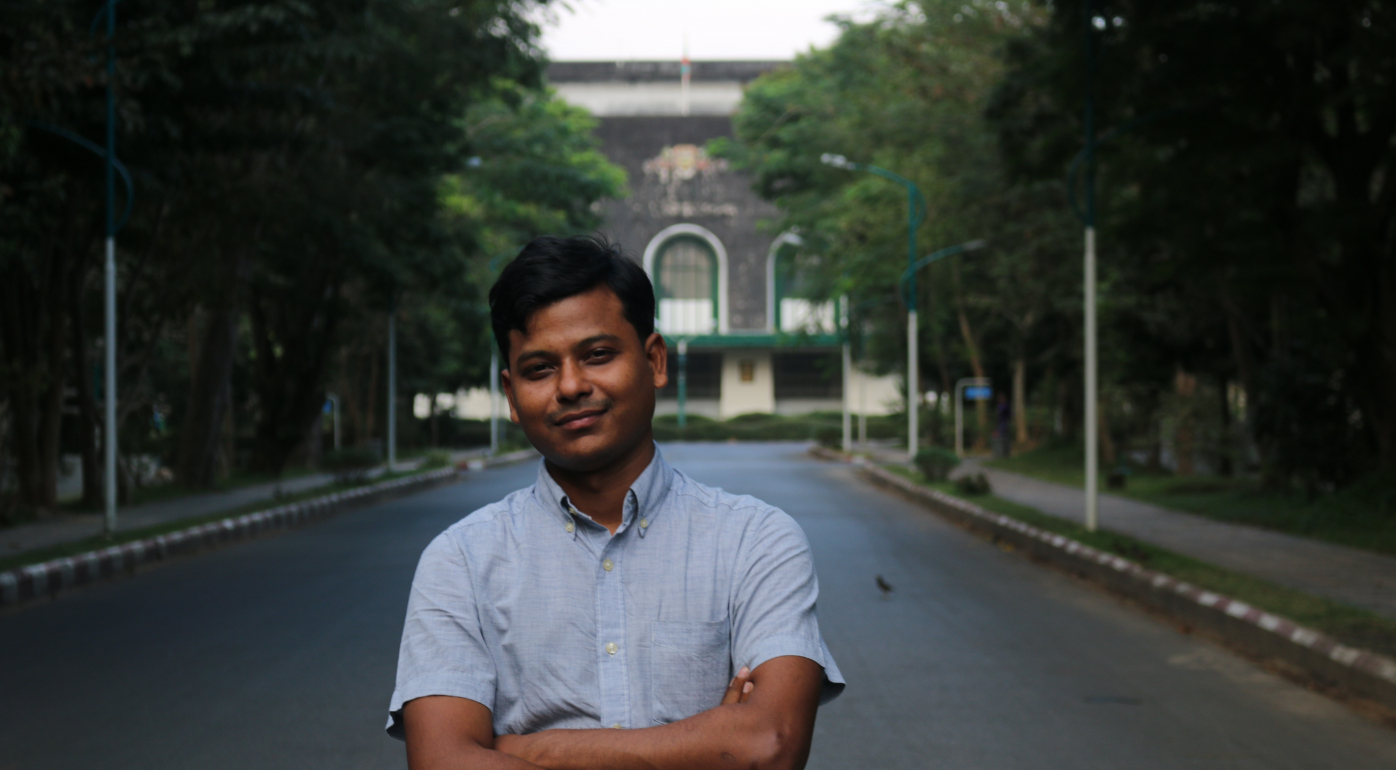 Literature from Asia has long been dominated by voices from two countries, India and China. Recently, however, there has been a subtle – and welcome - geographical shift.

The emergence of South East Asia as a fresh literary landscape has been driven in many ways.

Literature events such as the Ubud Readers and Writers Festival and Singapore Writers Festival have grown in popularity, contributing to the development of wider audiences and new readers. In 2015, Indonesia's presence at the Frankfurt Book Fair drew attention to high-calibre writers such as Eka Kurniawan, who also won the 2016 World Reader's Award. At the same time, many South East Asian publishers have found increasing success; for example, Thailand-based River Books. In this scene its important Myanmar isn’t forgotten.

For the last three years, the British Council in Myanmar has collaborated with writers, poets, publishers and translators across the country through a myriad of workshops, festivals and networking events. At its centre has been the Hidden Words, Hidden Worlds project that supports freedom of creativity in ethnic language short stories, an English edition of which will hopefully be published in the next year. But the core of our literature work looks towards bringing Myanmar writers and books to a global (English reading) audience.

There seems no better institution to work with on this than Edge Hill University and James Byrne, creative writing professor, poet and co-editor of Bones will Crow, the first anthology of Burmese language poetry published in the West.

For two weeks in November and December, Edge Hill will host Maung Day, a poet, editor, visual and performing artist. One of a younger generation of poets to emerge from the literary scene in Myanmar, his work straddles two contrasting times. His first three books were published in Myanmar before the abolition of direct pre-publication censorship at the end of 2012, whilst he gained international attention after the demise of the censorship board though publications such as The Wolf, Guernica, The Awl and International Poetry Review.

Maung Day will take part in a series of activities whilst in the UK, from a live reading of his poems at Tate Liverpool with James Byrne to a discussion on post censorship poetry in Myanmar at SOAS to spending time crafting a new piece of his own. Along the way he will engage with creative writing graduates and meet with publishers and academics. As with any cultural exchange, information and knowledge is shared and passed along. On his return to Myanmar, Maung Day will cascade his experiences from the residency to emerging writers, leading a writer’s masterclass in Myanmar’s de-facto capital, Yangon, ranging from tactics and techniques in live readings (a skill much in demand in Yangon now) to examples of contemporary poetry in the UK. This residency is just a first step – and hopefully one of many – in starting a conversation on the current state of literature in the world’s youngest democracy and the world’s most stimulating literary region.

Join Maung Day, one of Myanmar’s leading contemporary poets and translators, for a reading and discussion on ‘Burmese Poetry in the 21st Century’. This is a FREE event, open to members of the public and will include a panel discussion hosted by Dr. Justin Watkins, Professor of Burmese at the School of Oriental and African Studies and including James Byrne, author of Bones Will Crow: 15 Contemporary Burmese Poets (Arc, 2012). Event includes a Q&A discussion with Maung Day.

What is ekphrastic poetry? Join Tate Liverpool to explore how poetry, through the imaginative act of narrating and reflecting on the “action” of a painting or sculpture, may amplify and expand its meaning. Featured poets include Niall McDevitt (Ireland), Maung Day (Myanmar) and Lecturer in English History and Creative Writing at Edge Hill University, James Byrne.