Patrick Hennessey: Lest We Forget 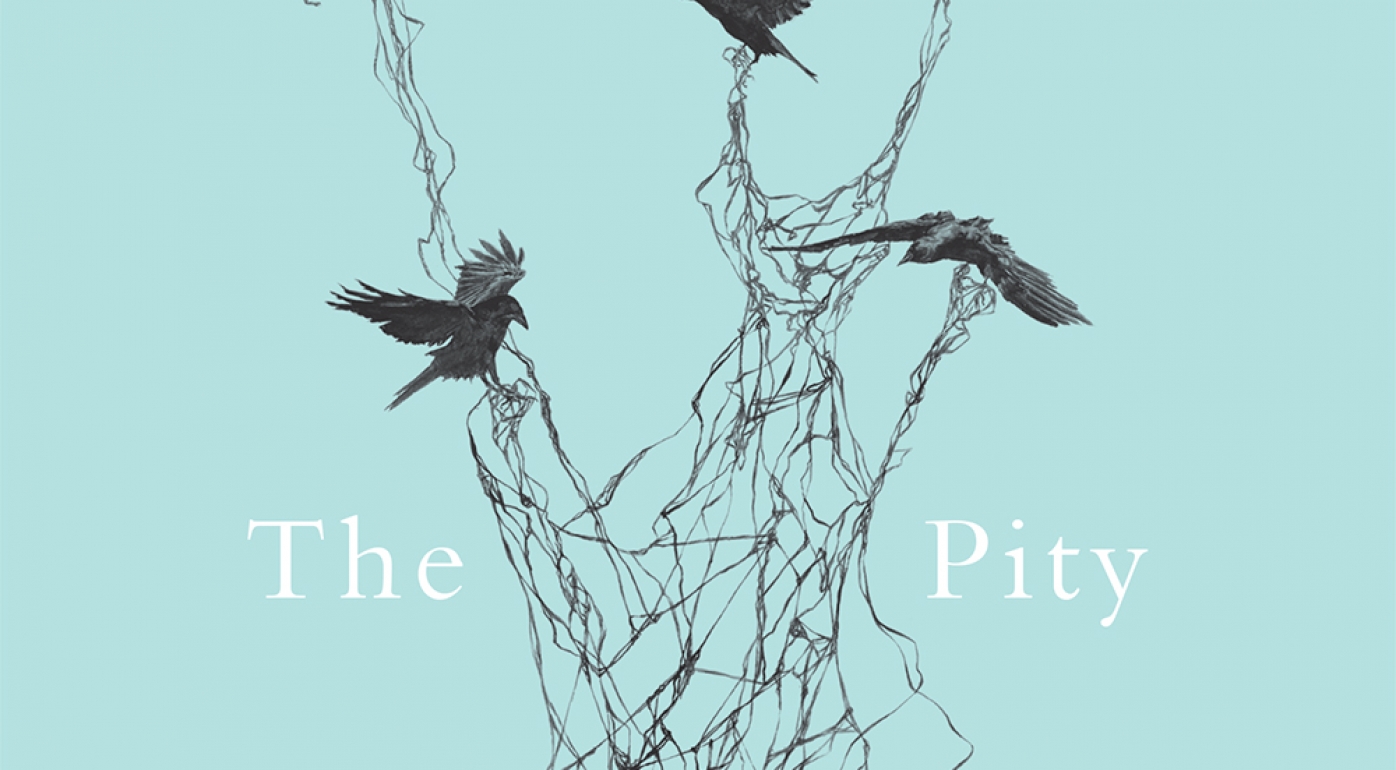 Does it matter if no-one actually remembers?

I don’t mean ‘if anyone forgets’. Some will, of course; most won’t. At the going down of the sun, and in the morning / We will remember them. No, we mustn’t and won’t forget, but neither can any of us remember: no-one actually remembers, anymore.

Harry Patch died on 25 July 2009 - the last fighting Tommy - and with him the last actual memories of fighting the First World War.

Perhaps those memories were faded. Surely, over nearly one hundred years, they had paled and dimmed, but they were real as hell. One hundred and eleven years old, but you know he remembered. The faint twitch muscle-memory of the first crack of rounds overhead, felt almost before it’s heard by the instinctive, ineffectual tensing of the shoulders: the distant bitter adrenalin tang stuck, thirsty on the roof your mouth; the unaccustomed, haunting pause as your eyes adjust to the visual contortions of war, holes where there was earth, rubble where there were walls, mangled bodies despoiling broken landscapes.

Harry Patch remembered, his whole generation remembered, yet he carried those memories inside himself for longer than most of that generation lived. For eighty years he never even spoke of what he had seen at Passchendaele, of the reality of fear or of the image that haunted him all his life, of a wounded comrade, ripped from shoulder to waist by shrapnel, pleading for death and his mother: a bloody, muddy microcosm of millions of deaths, the defining, haunting image of the war to end all wars.

Perhaps it was because it wasn’t that Patch broke his eighty year silence. Perhaps the ghosts of his memory were agitated by the futility of his experience, angered by each successive generation’s failure to learn, horror repeating. Interviewed not that long before his death the last fighting Tommy made the point succinctly: ‘the younger generation’, he said, not in anger, but as an explanation of a simple truth, ‘they can’t imagine what it was like’.

That’s the crucial leap. You can’t imagine what it’s like to be blown up, shot at, dragged through and spat out by a war no more than you can imagine what a bird feels like when it flies. Shelves upon bookshop shelves of best-selling military history and military memoir attest to our appetite to read about man at his violent, animal worst, and perhaps sometimes at his heroic, selfless best.  But there is something about the act of war, the direct human experience of conflict which seems to set it apart: participation is privileged and the accounts of actors deferred to; you don’t know ‘cause you weren’t there, man.

In this version, memory is precious because the experience of war is so encompassing that it passes the understanding of the uninitiated. Maybe it’s because fighting engages all the senses that it’s so difficult to describe. Harry Patch recalled the horrific sights of war and eighty years later was transported back to shell-burst by the chink of light above a doorframe. Robert Graves’ Goodbye to All That is a wonderfully steady and balanced portrayal of the First World War, but seems to me particularly attuned to the sounds of war and the songs and shouts of his men. George MacDonald Fraser’s Quartered Safe Out Here begins with his memory of the smells of Burma in the Second World War. If you’re trying to write war you can’t afford to neglect a single sight, sound or smell, let alone feeling. For me it’s the smell of aviation gas redolent of dusty desert airstrips, the feeling of dry heat in the nostrils, the taste of blue PowerAde and the rollercoaster tension climb, stomach emptying drop, crock-screw, loop-the-loop of the fight which leads to the thundering high of winning, surviving, before juddering to a stop, coming down, exhausted but unable to sleep, fearing and relishing the whole thing again tomorrow.

Of course you have to remember. Surely only straight memoir is up to the impossible task of conveying the indescribable?

But it’s not that simple because, as we all know, memory is elusive and unreliable. If it’s reality you want, a trusty camera faithfully captures it’s split second truths while in more recent wars shaking head-cams and intrepid correspondents have brought us cinematic sound and motion, don your body armour and pass the popcorn. At the other end of the spectrum perhaps you need distance to make sense of the event. Perhaps precisely because combat seeps in through every pore and the proximity of death plays with time itself, only the poet’s abstractions or the novelist’s remove can begin to process it into something comprehensible.  Of course you can’t write it if you haven’t felt it, but perhaps you can’t write it if you have. Karl Marlantes, author of the magisterial Vietnam novel Matterhorn spent thirty years trying and failing to write it as a memoir: his experience of the war is in every page and sentence, but he needed the filter of fiction to get it down.

Do we even remember correctly? Marlantes couldn’t write Vietnam as straight memoir, whereas Michael Herr’s gut-wrenchingly brilliant Dispatches did just that, while at the same time vividly acknowledging the unreliability of his own recollection:

In the months after I got back the hundreds of helicopters I’d flown in began to draw together until they formed a collective meta-chopper, and in my mind it the sexiest thing going; saver-destroyer, provider-waster, right hand-left hand, nimble, fluent, canny and human, hot steel , grease, jungle saturated canvas webbing, sweat cooling and warming up again, cassette rock and roll in one ear and door gun fire in the other, fuel, heat, vitality and death, death itself, hardly an intruder.

This exquisite passage is memoir at its best and worst: Herr’s meta-chopper is unreal, but the war[1] is all there, Vietnam in just a sentence, as real as it will ever get for you and me.

My own memories of combat are crystal clear, as they say, and blinding sharp, but they’re fractured, more crystal decanter than high definition. It’s now seven years since I spent seven long hot months in Afghanistan. It seems both longer ago and much more recent. I used to think I could recall almost every moment of every ambush and assault of that summer with absolute precision and if I close my eyes I can see a perfect snap-shot of the canal north of Gereshk the moment we first encountered the Taliban in a chaotic eruption of fire by the dam: the off-blue haze of the poppy field, I can wretch with the sickly sweet barbeque smell of the suicide bomber and the soundtrack of apaches overhead and the iPod jammed in the dash of the WMIK plays in my head when its quiet. But I also know that Thorny Boy and Qiam who were right there with me remember it differently: just as accurately, but not remotely the same. And I’ve been sat anonymous at a mess dinner, more amused than angry, eavesdropping conversations between men who couldn’t see me and weren’t even there about how most of my own memoirs were made up and the bits that weren’t had been ghost-written. Pick a contemporary military memoir at random and browse frothing amazon amateur reviews decrying its inaccuracies, its boast and unfounded whinges. Are these books any less true? Of course not.

So does it matter if no-one actually remembers? Does it matter that you can’t even trust your own, that you wouldn’t want to share your shell-scrape with memory, you would not choose flighty memory as your point-man, would not trust your life in its footsteps to sweep a safe route through the daisy-chained IEDs? Of course not.

[1] Always just ‘the war’ for whoever fights and lives it, for the trenches of the Somme meant not more to Herr bouncing in and out of hot LZs in ‘Nam than the D-day beaches meant to the boys in Basrah or Sangin, it’s always your war

Patrick Hennessey is a lawyer. He spent five years in the British Army, serving with the Grenadier Guards in Bosnia, Iraq and Afghanistan. He is the author of The Junior Officers’ Reading Club (Allen Lane, 2009) and Kandak (Allen Lane, 2012).